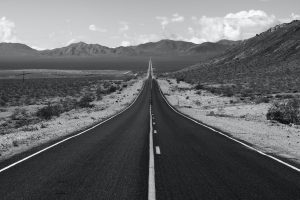 The existential dread of finding a job after you finish your graduate degree is genuine. You might have found yourself nodding as you read that first sentence—especially if you’re a humanities graduate student. The not-so-proverbial old school way of thinking was that studying aesthetics in the broad sense was an end goal in and of itself and the intellectual enrichment that it brought was reward enough. Now that may be true to a certain extent but not to acknowledge the uncertainty of one’s career path in an abysmal job market within the professoriate would be irresponsible and damaging in more ways than one. I know I’m beating a dead horse for some of you, but what I want to offer is a way to reimagine what you have gained as a graduate student that can help you pivot, or at least imagine a pivot, a plan B if becoming a tenure track professor doesn’t quite work out the way you had originally dreamed. I’ll do this by looking inward at my own experiences and what I’ve learned about translating my skillsets as a graduate student and how this is colored by my interests and values.

To be sure, I have never considered what I do as a humanities graduate student akin to what is done in other disciplines outside the humanities. I have always thought of myself as a writer first and foremost contrasting against the ways in which the university and academia writ large understood me, and what I do, as being an academic; which is to say: closer to an artist than a scientist. Indeed, being a scholar is a category of the writer but my identity as one felt more at home writing for The Comics Journal or small press publications about and for comics than in the scholarly style of writing demanded by academia which was compounded by my working-class impulses and sensibilities that intellectual output, writing in my case, should be accessible to as many as possible and not bogged down by jargon and obfuscatory styles of writing. It may seem like semantics but when we try to parse who we are and what we do the nuances become important and palpable especially when we are trying to resignify our identity and the practices that they entail. This disconnect between how I understand myself and how the system understood me produced a sense of isolation and anxiety about my skillsets.

To get past these uncertainties I explored literature in a course offered through the Greene Center at the University of Rochester taught by Alissa Clark that allowed graduate students to interact with alumni in myriad fields outside of the humanities that went into careers outside the tenure track faculty route. Here, I was forced to ask myself fecund questions: “What is it exactly that I am learning to do? How do people understand these skills outside of academia?” These questions have guided my thinking when it comes to how I need to sell myself in order to be hired in a job that doesn’t quite understand what scholars and academics do. My first epiphany was brought about through discussion in Clark’s class that at the same time seemed so obvious yet needed to be uttered to be truly realized: being a graduate IS a job. Oftentimes, we don’t give ourselves and the things we do enough credence and respect. Making the psychological shift to understand yourself as someone who is working despite the word “student” being attached to your title is key. As an undergraduate, we often don’t think of being a student as an occupation despite being one occupying so much of our time, but it is work. That work continues in a more disciplined and deliberate manner as a graduate student and you’re compensated for your work as such in the form of a stipend; you earn that money. This lesson, although small, reminded me of my time in the U.S. Marine Corps. As a Marine I often referred to what I did as work and my friends, at first, found that striking.

My work history after the military, and for a bit before that time in my life as a high school student, runs the gamut from ditch-digging, line cook, to working as a server at a restaurant. However, since my latter days as an undergraduate, I began writing and editing when and where I could find opportunities and parlayed those experiences into bigger and better writing opportunities. Writing, in part, is what led me to graduate school. When I reflected hard on what it is that I did as a writer—that happened to also be a graduate student—the Venn diagram of my work life became more apparent. I researched, criticized (in written form), wrote, lectured, presented, analyzed, lead, taught, edited, collaborated, consulted; I worked. These action-oriented words, these verbs, are what employers understood. In Clark’s class, we discussed and read about how to take what we do and translate it for people outside of academe. Simply put, it was ultimately all about framing and insisting that what we did, do—as work—while simultaneously recognizing how to adapt our skill sets into sexy buzz verbs that get recruiters and hiring managers interested.

Reimagining who you are and what you do as a graduate student may seem daunting, especially for the diehards out there ready to perish on the hill of tenure track or bust. You may feel like a failure which is compounded by the feelings of imposter syndrome that follows many graduate students as Christopher Caterine found in his book Leaving Academia: A Practical Guide (2020). However, let me offer you salve: you’re not alone, you have skills, it’s not your fault the job market is the way it is, there are resources out there for you, and what you do is work. Take a look at the myriad of resources the Greene Center offers for graduate students and consider meeting with a career advisor to learn more.